You open your eyes to blur and shadow. You're standing in a stinking morgue, in a tent hospital on the grounds of a crumbling French mansion. World War I rages on the far side of the woods. You can still hear the shelling over no man's land, far closer than you'd like.

The wounded soldier tells you it was mustard gas. You can barely remember. There was a gas, yes, and a smell like rotten bread, but there was also a woman in gray, striding through the gasping soldiers and touching them each on the brow...

There are so many dead. Despite your damaged sight, you are able-bodied and have medical training. The injured soldier needs your help.

As you struggle to lend aid to the mangled man, You ask after your fellow nurse, Nancy. What happened to her? In your nightmares she's alone and crying. She's probably out in the trenches bravely doing her duty... and you know you must find her. Time is running out. For weeks a dark madness has been growing here. Figures haunt the windows of the house. A mournful piano is heard at night. Unearthly creatures lurk in the woods. And the patients speak of a ghostly child running in the rubble, dragging the corpse of an infant...

Between two truths their paths are torn

Six souls to close the door

And leave this place forevermore

Obscurium is a 3rd-person point-and-click adventure. You guide the protagonist, Red Cross Nurse Mary Wellsley, as she explores rooms collecting items and solving simple puzzles. All the while she unravels the mystery of this bizarre place and the fate of her fellow nurse and closest friend, Nancy.

Mary's sight has been taken: her world is heavily blurred—except around your cursor, freeing your imagination to fill in the horrors she encounters, and it turns the occasional chore of pixel-hunting into an engaging element of the story.

The hazy portal of Mary’s ravaged eyes empowers a “theatre of the mind," painting visions far more chilling than can be drawn or described. It also provides unique gameplay challenges and a close, almost intimate atmosphere.

Our team is made up of Scott and Noa, a dad and teenaged thespian in Colorado who love creepy tales, roleplaying games, and writing. Obscurium began as an entry for a "Two Minute Horror Jam" here on itch.io. It gave us something to do during the pandemic. We sketched out the scenes, found and recorded creepy audio clips (Noa is the voice of Mary), and put together a short game called The Nurse. 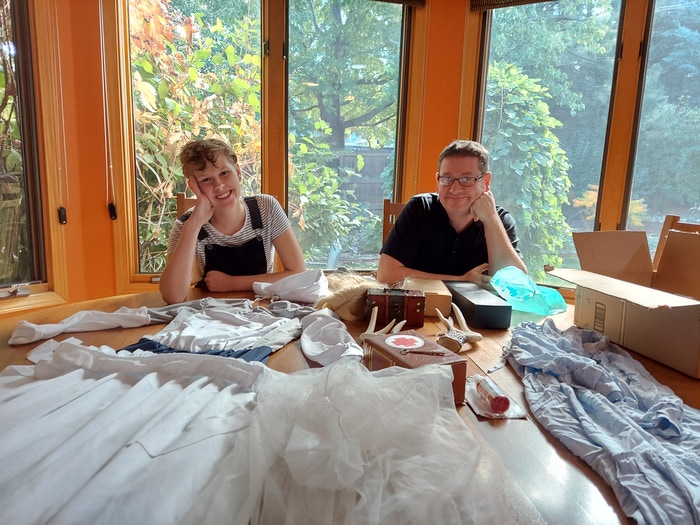 After some positive reviews from youtubers (thanks for the encouragement, guys!) we wanted to challenge ourselves to make it longer and tell a deeper story. Our goal was to end up with 20-30 minutes of intense gameplay. It was the biggest project we'd yet attempted, and doing it as a Kickstarter was an amazing entrepreneurial experience for Noa. And here it is!

The money we made went into Noa's college fund. Your support will keep that wagon rolling.

Satisfying horror isn't loud. It doesn't leap at you throwing gore. It takes your hand and welcomes you in. It bides its time and dismays you.

Obscurium is inspired by writers like Henry James (The Turn of the Screw), Rudyard Kipling (They), Susan Hill (The Woman in Black), and H.P. Lovecraft (The Call of Cthulhu).

Wonderful. I cried too. Looking forward to trying out the other endings. Would love to have more background on the House! (without trying to say too much)

Great atmosphere, but I don't know that I would call this horror. Initially the atmosphere was uneasy, but after helping the soldier pass the tone changed to sadness, despite the monster at the gate.

It's an interesting game, I understand you wanted to create something that is unique, but unfortunately this game is not healthy for your eyes..

Hello, I played this game and tbh I loved it! Everything about it was so fun and good, I really liked the concept it was unique and at first I thought it might be annoying to play a "blurred" game but it was the complete opposite, the sound design, characters, visuals and everything was great, I went back and got all the endings and loved the little surprise, I would love to play a longer version of this style, also I wanted to ask if there are some secrets aside the 3 endings because there are some screenshots in this page which I didn't see in the game itself so I was curious, over all it was a pleasant experience, great job :)

Reply
MaroPanda287 days ago
This might be the best game I played This month , everything so good.
Reply
Bardon292 days ago

very good atmosfear. I played it with turned off lights fullscreen at night. The idea with the view is great.

Reply
Meeka Nomicon297 days ago
Hello again! Thank you for letting me know, I now have the 3rd ending! I'm looking forward to seeing what you make next.
Reply
Horrorphile299 days ago

Amazing game,very heartbreaking plot,but graphic is too dark and too blurry,and i didn't understand ending,i just released Nancy from suffering and that's it,if there were opportunity to save guy who was dying in hospital? I just didnt see anything. In the rest game one of the best point-click which i played,interesting psychological plot and very sad drama about war. 5\5

Reply
Meeka Nomicon299 days ago
The puzzles were fun, I managed to find everything with ease, especially when I finally remembered to go back and aid the injured soldier.

It made for a very unique game, barely being able to see what you are looking at, really made the horrific events stand out, as if that was the only thing the protagonist was focussed on. I am glad that you were able to make all of the key actions in the game stand out.

Can’t Wait to see what else you make.

Thanks so much! Hint: there is a third ending if you choose the Lady in Grey, so if you have the patience to try one more time, you might get a nice surprise. :D

Thanks for the play through!

Reply
DragonExplosion302 days ago
Hi there, I am DragonExplosion and I am a small Youtuber. If you like my videos, please leave a like and subscribe at my channel.

This was a really cool horror game that made use of the obscuring of the vision of the main character to better enhance the creepy mood and atmosphere that the game has and also matches with the storyline of the main character's vision being damaged from World War I. The idea of blurring the vision of the player helps to make players imagine the amount of gore and how horrifying their surroundings may look, making the entire experience more terrifying and interesting.

The game provides a story-rich horror experience and explores 2 stories at the same time in order for the player to progress to the amazing ending of the game. I also liked the poetry used in the game as well as the appropriate usage of music and sound effects (timing was very good) throughout the game to enhance the entire game experience.

Small issues I faced in the game was how I needed to retrace my steps back to places that I have been before to find certain items. For instance, I clicked on the papers on the second floor of the building multiple times but I wasn't able to pick them up as I didn't click on it enough or something. I had to interact with the wasps room and go back to the second floor before being able to pick it up. However, this isn't a big problem, especially if the creators already planned for the players to move around to certain locations after interacting with certain objects. I also missed the locked box with painkillers in it at the start of the game but I don't think many players would suffer from the same problem as I did.

Thank you for reading my comment and I wish you good luck in your future endeavours.

Thanks so much! This is great. :D 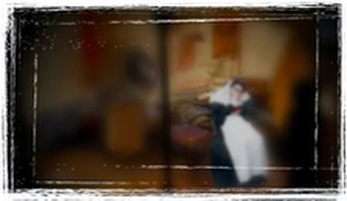 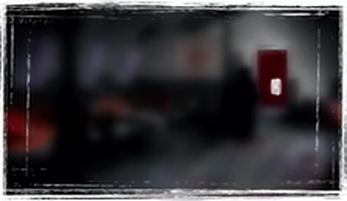 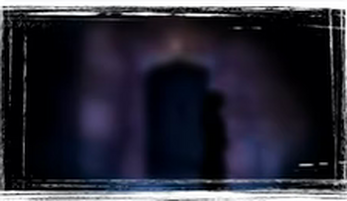